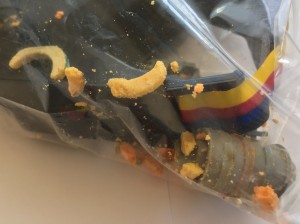 Back when my Apple IIc+ was my only computer, I really wanted an ImageWriter II printer.  This was “the” printer to own.  It was reasonably fast, compatible with nearly all Apple II software, and printed in glorious color.  Unfortunately, I was a kid with no job, and an ImageWriter II cost over $500.  Needless to say, I never owned the printer back then.

More than 20 years later, I finally own an ImageWriter II.  Thanks to Sean’s Garage Giveaway at KansasFest a few years ago, I walked away with a nice condition printer, a stack of NOS color ribbons, and a used black ribbon.  The color ribbons, despite being never used and sealed in plastic, were dead due to age.  An orange rubber roller internal to the ribbon cartridge had turned to some sort of nasty goo.  Every “new” ribbon I’d gathered suffered the same failure.  I was rather unhappy and shoved everything in a box for another day.  I saved the pieces of the cartridge hoping someday to rebuild it, but I have yet to open the bag and release orange goo across my desk.

A few months ago, a fellow in the Facebook Apple II Enthusiasts group reported that he had contracted with an overseas manufacturer for a small run of new color ImageWriter II ribbons.  A few dollars and a short while later, I’m finally printing in glorious color with the unmistakable “dot matrix buzz” audible at the far end of the house.  I created a card and flyer with Print Shop GS, although the recipient doesn’t properly appreciate the origins.

It’s a small and simple accomplishment, but there’s something satisfying about a working ImageWriter II.  Sure, I love fancy hardware like mass storage and accelerators, but I neither expected to own those “back then” nor knew anybody who owned those.  The lowly printer was the item that everybody seemed to own and was the missing piece in my idea of a “complete” system. 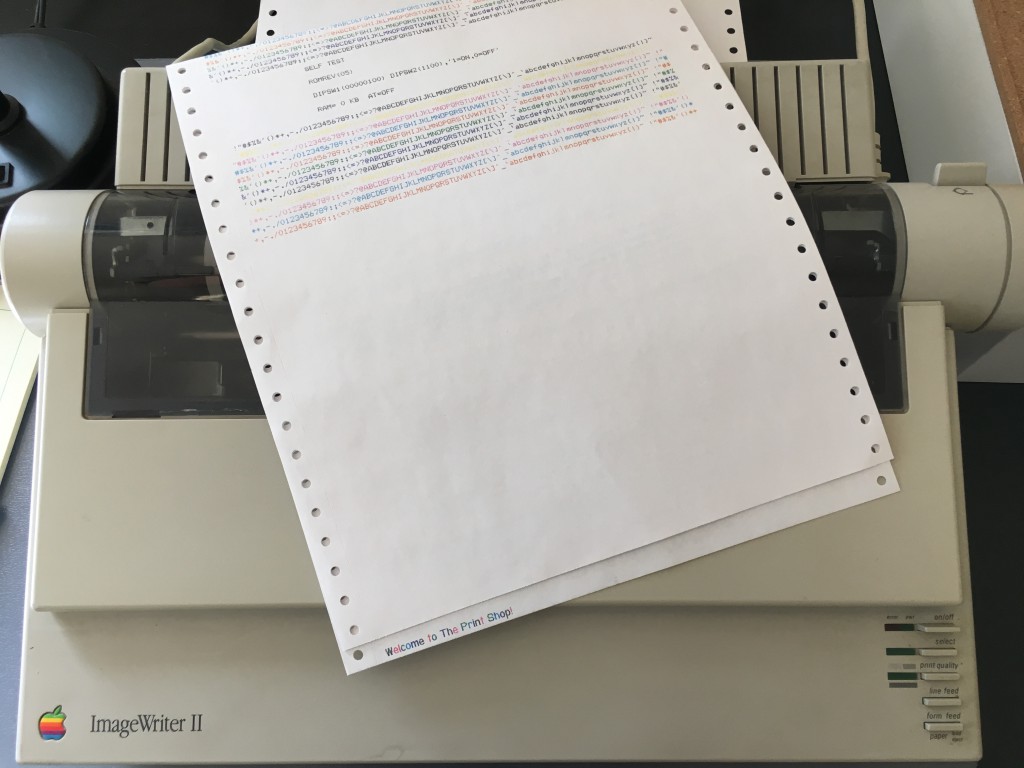 ImageWriter II: It prints in glorious color and is audible across the house. No system is complete without one.