KansasFest was a non-stop blast of fun, knowledge, and friends.

I presented a session on solar powering an Apple II.  To make room for luxuries like cups and water in my 70 square foot van, I had to put my Apple IIs in storage.  Due to a bit of luck, I managed to find an Apple IIc on Craigslist in Salt Lake City.  Under a nasty layer of dirt, I found a good condition ROM FF machine with a 9″ monochrome green monitor, ImageWriter printer, assorted disks, and assorted manuals.  I solar powered this machine and am currently enjoying retro-computing overlooking the The Grand Teton.  The presentation slides are here, and Ken’s video recording will be on the KansasFest website.

This year’s event was exceptionally (and pleasingly) busy with barely an idle moment, and I’m not sure how to enumerate the awesomeness.  David, Earl, and Carrington recorded a live episode of RCR.  Juiced.GS announced another year of publication.  Ken and Mike of Open-Apple shared bloopers.  Vince helped me build a Replica Micro-KIM.  Martin released a new game and a nifty new programming language.  Geoff schooled us on toolsets, CDAs, and NiftyList.  Brian gave us an inside look into his Firefly documentary and the filming of Serenity.  Randy shared his long history with Apple II software, Beagle Bros, and Appleworks.  Romero captivated the audience with his stories of Apple II gaming and influence on modern gaming.  Alex shared his robot, WALTR, and other projects.  I got a shiny New Apple II User’s Guide.  I bought a SuperProto prototyping card.

I look forward to next year and am inspired to continue my Apple II related projects. 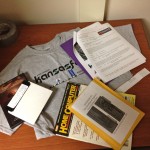 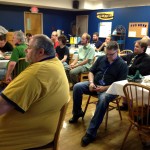 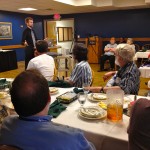 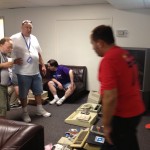 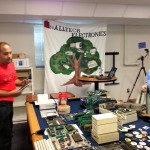 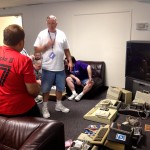 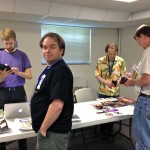 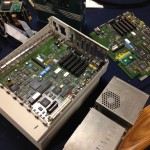 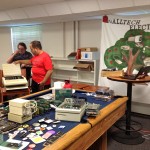 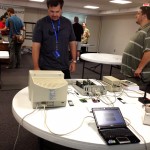 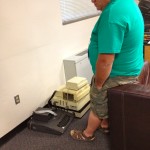 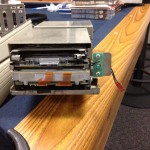 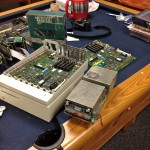 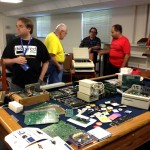 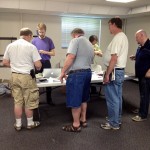 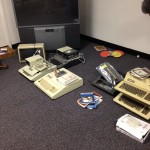 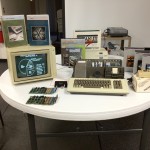 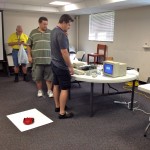 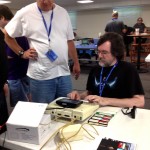 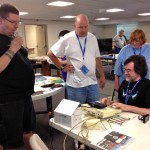 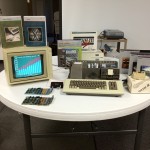 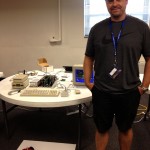 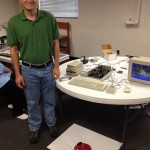