Here’s a poor photograph showing an Apple IIe running Sprite Logo for the first time. The left monitor connects to the Apple II’s normal video out, and the Apple CRT connects to the sprite card. The normal video out is useless while running Sprite Logo, which makes sense because most users wouldn’t have two monitors. The sprite card goes in slot 2 and requires an additional ground connection to the power supply chassis, per the manual. The Apple IIgs is not connected to any visible displays and serves as an overpriced monitor stand. Even after a short period, the sprite card became very warm to the touch, which is consistent with a warning in the manual about heat production.

I look forward to exploring some of the unique capabilities of Sprite Logo. 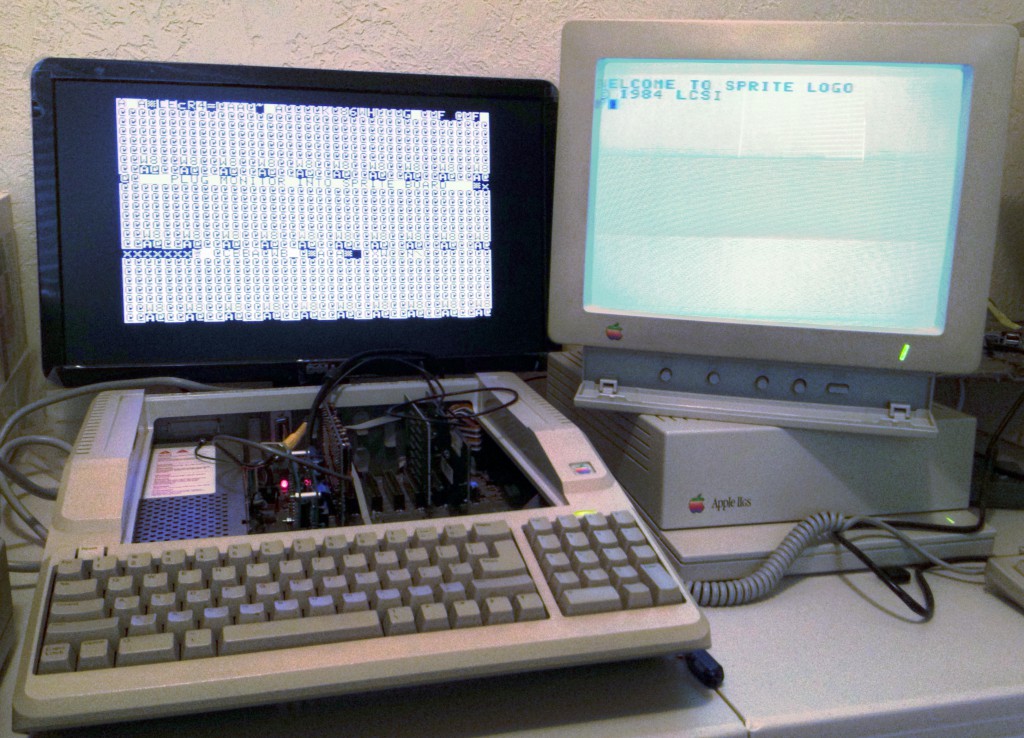